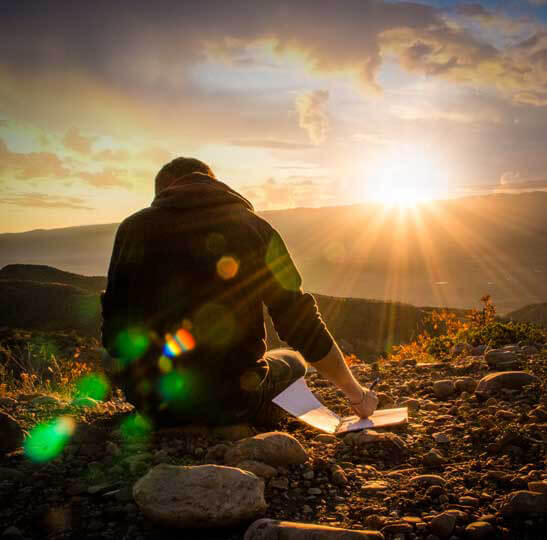 Life Lessons from a Zucchini Plant

Life often brings many situations that prove to be challenging. Often times people find themselves “stuck” in a difficult reality. We all come from different backgrounds, cultures, beliefs and life experiences; however, one thing that we all know is true, is that we all experience struggles in life. No one is immune.

The teens with whom we work at Oxbow Academy are no different. These teenage boys have been through life challenges which affect the way that they function and view the world. One particular client with whom I have been working has had some traumatic life challenges. These challenges have been outside of his control. As such, he has grown up to have a “victim mentality” about himself. This thought process is now manifested in most all areas of his life. Such mentality, when generalized, prevents him from moving forward in life. It influences his actions, thoughts, and insight about the things for which he is in control of. This way of thinking has also created a depressive pattern of helplessness in his life.

Recently, as I sat in the garden with him and we processed through some of his thoughts and emotions, I found that his attention was focused on an old sundried, uprooted dead plant. When I asked him about it, he shared with me that it had been a zucchini plant that he’d planted in the Spring, and he was unable to save it.  As I explored with him further, it appeared that no matter his effort, the plant withered and died. I then asked, “Was this plant to have any blame for its situation or was it simply a ‘victim of circumstance’?”

We walked over to his garden box and I asked him to tell me about one of his plants that were surviving. He pointed out a small Jalapeño plant that he’d placed a wire frame around for the purpose of providing protection from the elements, including deer who frequented the garden. The plant was green, appeared completely healthy and was bearing fruit. He shared that the jalapeno plant was at risk of being destroyed by outside forces, however, he’d intervened and it was now surviving.

Right next to the jalapeno plant was a lush, thick green tower of tomatoes. He shared that this one seemed to be thriving, however, it was lacking fruit so he was not sure how much of a thriver it truly was. I asked him to inspect the plant more closely, whereupon he found several small green tomatoes growing within the shelter of the wire tower. It was thriving.

We compared all three plants – taking a look at their similarities and differences and their ability to thrive. All of the plants received the same sunlight, nutrient rich soil, and water; however, they were all in different stages of health. The client discovered that it was in the individualized nurturance and care of each plant’s needs that has made the difference. For instance, the jalapeno plant was not set up initially with the protection that it needed to survive the elements, however, once a need was observed, the student filled the need and it survived. The tomato plant was set up correctly from the beginning and thus needed very little special attention in order to thrive. However, it still needed the basics just like every other plant. We discussed how the student may be attentive and seek for help with his own individual needs, instead of lying in wait to be victimized by life’s challenges. The student now asks himself a daily question: “Will I choose to be a victim, survivor, or thriver today?”  This particular therapeutic experience has made a difference for him in all areas of his endeavors at Oxbow Academy. But, most importantly, he has gained a new life perspective. He is choosing to thrive, choosing to face life head-on, and to combat his personal struggles.

At Oxbow Academy, everything around us provides an opportunity for growth and change, even an old, withered up and dried out zucchini plant.