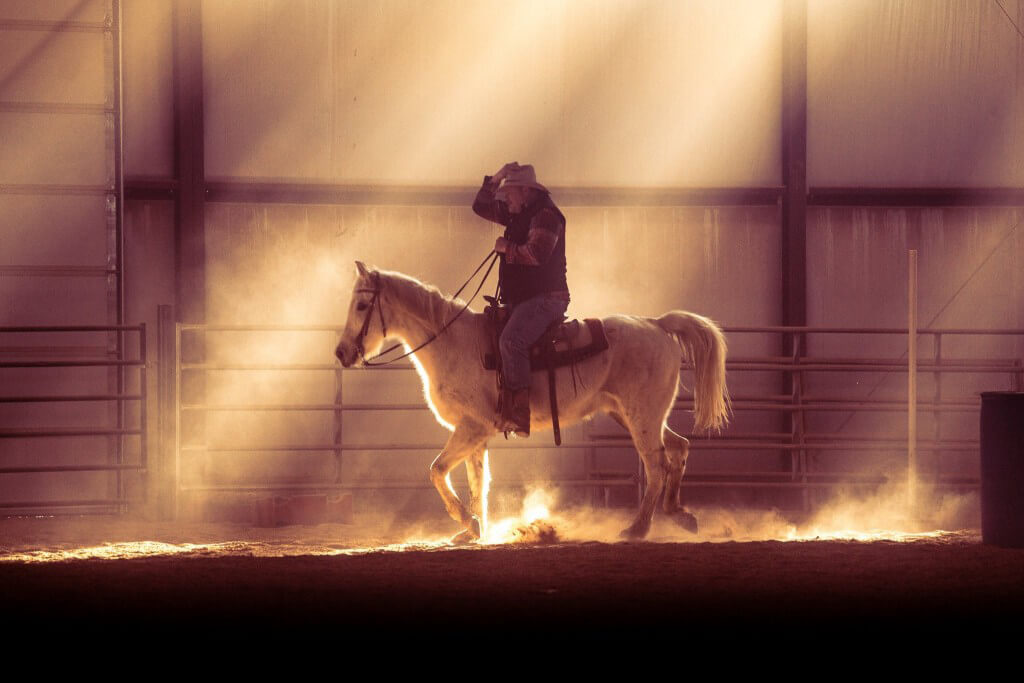 Oxbow Academy is recognizing and appreciating Tony North, one of our Equine Directors. Tony have been with Oxbow from the very beginning. Shawn Brooks, our Executive Director, asked them to join our facility and help establish the equine program. Shawn states that “Tony and I go back over 15 years. He was the first person to introduce equine to me and at first I was very, very skeptical of it. I didn’t know how applicable using horses in therapy would be, but his belief and constant push towards using it convinced me that it was an absolutely necessary to use it in therapy. It was a process starting with one horse, then adding a few, to getting a corral, and now building our very own arena on campus.”

Shawn goes on to state that, “Tony are still advancing the cause. Tony has looked at various equine therapy training methods and then has developed the system that is specialized for the students here at Oxbow Academy. His system is the most advanced available for working with kids with sexual issues. Legitimacy is everything- the system needs to produce, otherwise, it is not worth it. His systems produces. I will always admire him and his dedication. He believes in it, to the core of who he is, that horses are a viable and reliable method of getting through to kids where other methods may fail. He is dedicated, loves the kids, and knows what he is doing with those horses.”

Todd Spaulding, our Clinical Director has also worked for many years with Tony and considers him a dear friend. When asked about Tony his reply was as passionate and endearing as Shawn Brooks: “When you ask a former or current parent or student about Oxbow Academy, without fail they mention Tony. Tony started working with youth almost two decades ago. He has always been passionate about horses and animals, but this passion pales in comparison to his love for the boys that he works with.”

“He and his wife started the Equine program at Oxbow and have attended multiple EAGALA certifications. What sets Tony apart from others is his willingness to do whatever he can to help the boys that he works with; from using tried and tested techniques, to creating something prior to the session to meet a specific need. Approximately five years ago, Tony wanted to break the mold of equine assisted therapy and decided that with his wife and clinical director’s influence, they were going to develop equine interventions and exercises that were going to address students with sexual issues. As a result, he has developed group tracks as well as exercises and interventions to address such issues as honesty, consent, imprinting, and numerous others.”

Todd continues to explain  “Not only has Tony opened up his heart to the students that he works with, but he has made them part of his family. Tony often times take boys on advanced horsemanship to some of the most scenic and beautiful rides the State of Utah has to offer. He also is willing to cook Dutch oven meals for boys who have met academic goals in conjunction with horsemanship on Thursday nights. Tony is a former military man who was willing to give his life to protect his countrymen. Since his retirement from the active military, he has continued to dedicate his life to helping those in the community that he once fought to protect. What truly sets Tony apart is that this man who emotes toughness and grit is not afraid to laugh or cry to help those that he calls ‘his boys!’”

Tony is often admired and loved as a true team player at Oxbow Academy. He may be quiet, but has a strong sense of self, which is very influential to the boys he works with. Tony has not only helped develop and advance our equine program, he is known to have taken the boys on horse camping trips, trail rides and cattle drives. He has taught some boys how to fish in the dark with lighted bobbers, cooks them steaks and delicious dutch oven meals on trips and so much more. He often is getting wedding invites and baby announcements from Oxbow Alumni. Tony even views each of the boys as his own, as mentioned in a previous blog post called, “Our Sons,” where a older gentleman at the grocery store had mistaken some of our students with Tony as some of his own boys. The man said, “You can be proud of your sons. There are not many young people that would have had that much patience with older people.” Tony told the man thanks for the compliment and that he was proud of his “sons.”

In a recent high school graduation Tony spoke at, he stated, “We consider them one of our sons, and he can join the ranks of all of our sons that live all over the nation.”

Tony was a marine for 12 years, which helps play into his discipline and leadership qualities. He was an instructor, which has allowed him to build respect and camaraderie with each of the boys. When Tony is not engaged with the boys and the horses, he is found fishing, spending time with his family, camping or watching his favorite college football team, the Oklahoma Sooners. He is considered a family man, with eight children and, soon to be, 10 grandchildren in July.

Tony is an integral team player, not only to our Equine program but to Oxbow Academy. We are grateful that he’s been with us since the beginning, and now he’ll help us celebrate our 10 year anniversary this year. We look forward to working with him many more years to come, and will value his insight as we expand our program in the next year.